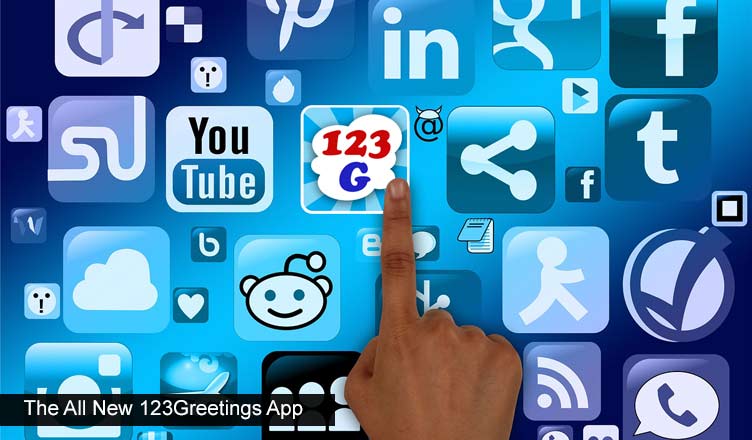 Nothing sends greetings better than a new, enhanced and super smart app like 123greetings App. We have separated the gold from the dross now for you. Check out the best and enhanced features of our super smart app. In the past few years 123Greetings developed its hugely popular desktop site and with changing user trends came up with its exclusive mobile site. Not satisfied with the mobile site and looking at the growing usage of apps on the smartphones, it then developed and gave its users the 123Greetings Super smartphone app. It now has over a million+ downloads and the success story does not end there.

Even though 123Greetings app became so popular, all along 123Greetings wanted to give its users a much more vibrant app which would suit its user’s requirement. An app which would speak to the users through its beautiful interface would be most suited. So we sat down, analyzed, discussed and came out with a wonderful and beautiful user interface which everyone would love to use.

Not just that, the app, both on iOS and Android devices is smooth as a smile. You can just glide through the various features and enjoy the beautiful ride.

Along with a beautiful interface, we even introduced a slew of new features which would help all its users stay connected with their friends in the long run. We introduced the birthday reminder, anniversary reminder; event calendar and notifications tab to give our users control over their own lives.

With wonderful ecards being added everyday into the bouquet, these features would just help compound the happiness of wishing someone else even without a reason.

Everyday occasions, Holidays and few of the “Just to Say” categories would help the users in selecting their ecards like never before.

Send the selected cards to your friends via email, on facebook, via sms, on linkedin, via whatsapp or many other mediums on which your friends are. Will it not make your life a lot easier?

We shall keep doing the good job of upgrading these features every now and then. So go and download the 123Greetings super smartphone app now at https://goo.gl/DOy1L5. Enjoy wishing your friends like never before and don’t forget to update it whenever there is one available. You never know what new interesting things 123Greetings is going to introduce.

Spring To Summer
Next

What’s The Best Advice Dads Give?